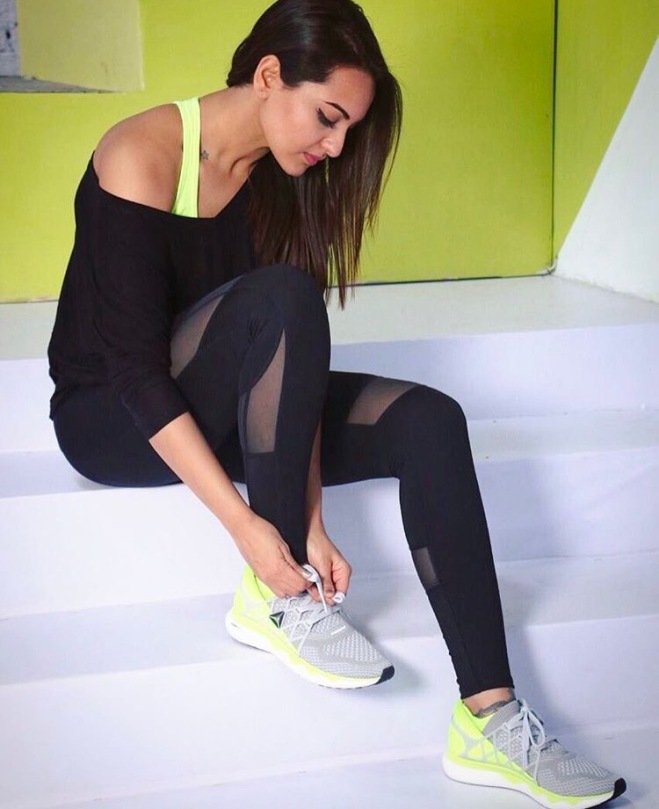 Actor Sonakshi Sinha recently blocked Sona Mohapatra on Twitter after the singer criticised her for being “condescending” to musicians, who had expressed displeasure over the news of the star’s performance at the Justin Bieber concert here.

Our stalker birdies say that Sonakshi, who has sung in some Bollywood movies, was going to be the opening act at Bieber’s gig, which was criticised by singers Kailash Kher and Armaan Malik.

They claimed that the opportunity should have gone to a professional singer and not a Bollywood star.

The actress, however, clarified that though she was approached by the concert organisers, she was not performing at the event.

Sonakshi responded to the criticism, saying she was an “actor who loves music, who loves to perform and who loves to sing. and if anyone has a problem with that, they can go ‘love’ themselves.”

Reacting to Sonakshi’s statement, Sona tweeted, “Dear Sonakshi, if you weren’t ‘performing’ at the Bieber concert like you now proclaim, then you could have just said so and not talked about your ‘art’, your ‘dreams’ and your rights on the live performance stage.”

Sona said it was not good on the star’s part to insult composers and singers who she claimed ran after her to ‘collaborate’ with them.

“You actually laughed at them and talked down to them, instead of telling the truth? Gracious!”

“Dear lady, you were condescending to real musicians and singers all through and continue to be with this juvenile ‘face saving’ post now. SAD,” the singer tweeted.

Sona then shared a screen shot which showed that the actress had blocked the singer from her Twitter feed.

“Hahahaha! Not that I’d ever followed this bundle of talent, grace & intelligence.”

The singer signed off with a post on Instagram, saying the actress “won’t be the opening act for any music concert in a hurry and will stick to the lip-sync dance routines in TV award shows for now.